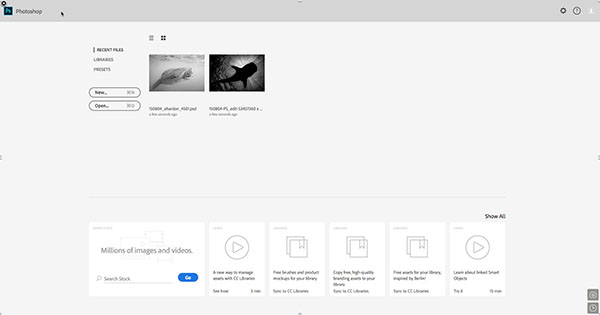 Adobe Creative Cloud subscribers that update their copies of Photoshop to the new 2015.1 version released today will notice a significant change in how the app looks. By default, it now opens with a new start workspace. In addition, opening a new file will now open the recent files workspace. 2015.1 also offers the option of customizing the toolbar by removing tools (and their shortcuts) that are used infrequently.