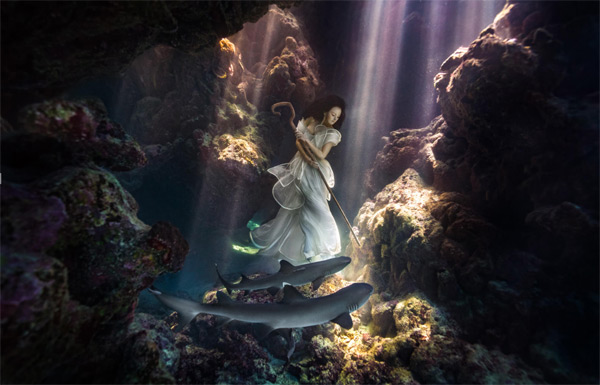 As usual, Ben Von Wong’s latest photo shoot has gone viral, but this time the resulting image was for a good cause, sharks. Together with Shark Stewards, Von Wong is supporting a petition to create a Malaysian shark sanctuary with his image, Shark Shepherd. The fantastic underwater image required many hands and many hours to create what appears to be a woman and two sharks digitally manipulated to be in the same frame.

The shoot took place in Fiji and Von Wong had the help of four divers, champion freediver Amber Bourke, and a specially designed dress by Ali Charisma. The images were shot on the Sony A7r-ii with 16-35mm lens, DP-170 dome port and Nauticam housing. Settings of the final image were: ISO400 f/4.0 1/200. 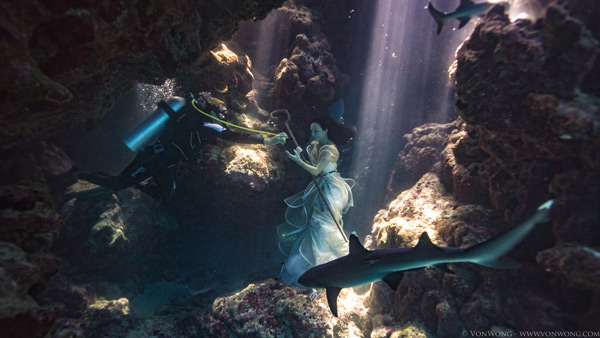 The photo shoot took place over three days between the hours of 11am and 1pm when the light would be perfect in the underwater rock formation and the sharks would be present.

We spoke to Von Wong about the shoot and asked him specifically about the lighting. This is what he had to say, “No strobes (and) no off camera lights were used!”

Find the full details of the photo shoot here.