The first day of the CMAS World underwater Photo and Video Championship was largely one of paperwork and ceremony. The nature of the event and the number of contestants inevitably mean that this process is somewhat protracted.

All the contestants are now ensconced in the competition’s official hotel: the Vila Baleira, Porto Santo. As most of you reading this will know, underwater image makers do not travel light, so it was fair to say that the lobby was knee deep in housings and diving gear

This is complicated by the additional steps needs to ensure that the contest is safe and does not become an event which spreads COVID-19. To this end, all the contestants and staff were required to take a test, which was carried out as apart of the registration process.

The local Portuguese CMAS Federation is critically involved in making this process run smoothly. The true heroes of the event are the scores of volunteers that work incredibly hard to make the event a success. Pedro Vasconcelos has been the driving force behind the choice of Porto Santo as the venue, and the organization of the contest.

He is joined at the registration by CMAS’s appointed Technical Director for the contest, Cenk Ceylanoğlu and Director of Visual Communications, Kerim Sabuncuoğlu.

The teams started arriving to register: 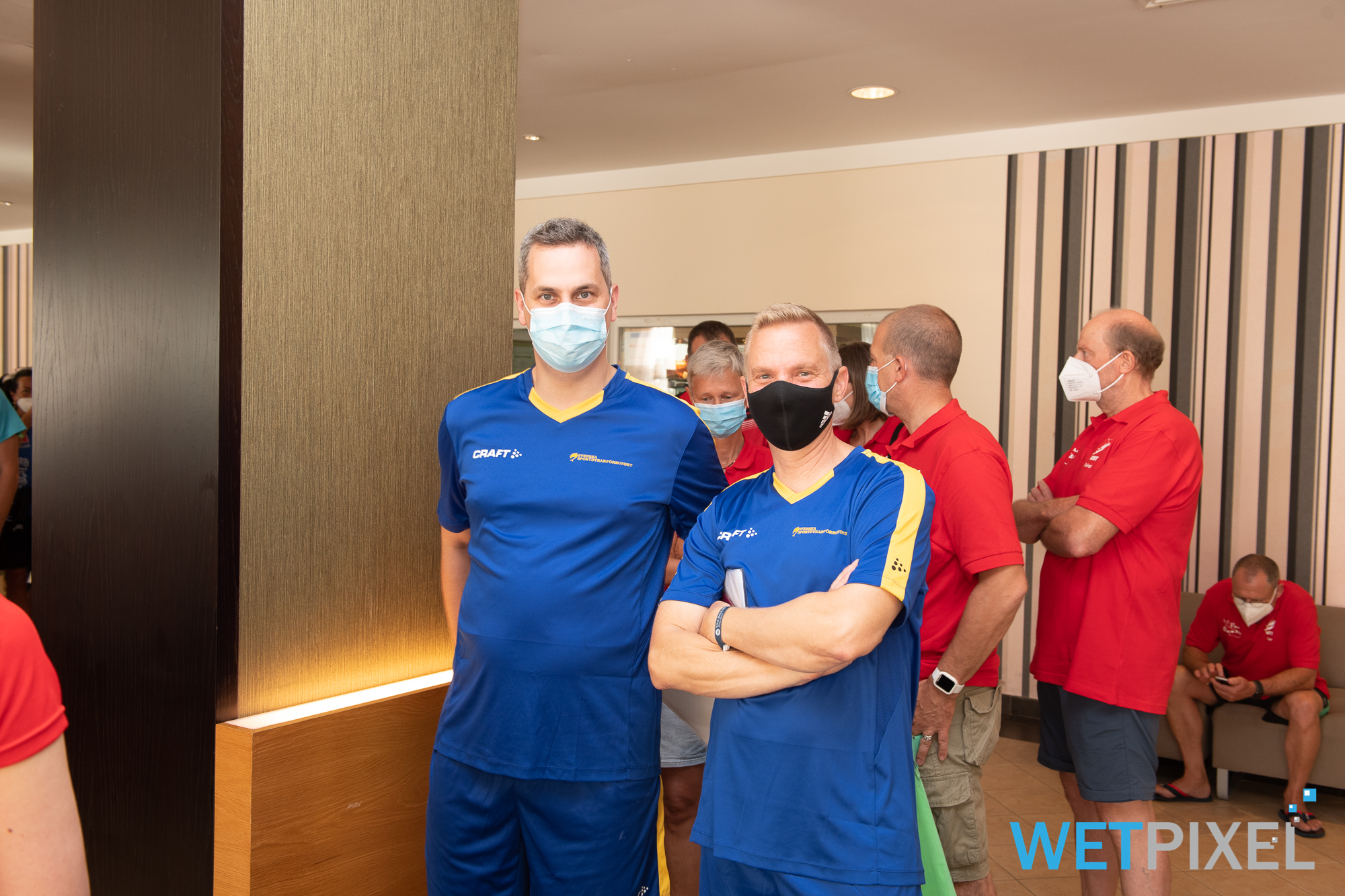 The Kuwait team provided much musical accompaniment with singing:

While the Danish team were a little more measured!

And the Netherlands team found a better backdrop!

Damir Zurub was in a hurry….

And the Spanish were a little excited:

After lunch, the whole completion headed off into the center of Porto Santo town for a parade of all the contestants and the official opening of the contest. As always this is a high spirited and colorful affair, with much flag waving and high jinks.

During the procession, each team was led by local school children. As a part of the contest, local children will also be doing a program of snorkelling, drawing and creative exercises, beach clean ups and rock pooling. It is great to see the competition performing an important and actual role in developing young people’s attitudes to the sea.

The last order of business for the day was the technical meeting. This is a venue to discuss the contests rules and ti brief the contestants on its organisation.

Pedro introduced the contestants to the team that would be supporting the diving operations, from a doctor on stand by, to the boat skippers that each team will be diving with.

The head of the judging panel for the video contest, Julie Ouimet has arrived from Canada, and was roped in to help draw the group allocations.

Tomorrow is a “dress rehearsal” day, which will allow the organisers to iron out any last minute organisational challenges, before the two days of competition. I hope to be visiting the clear blue waters of Porto Santo again tomorrow!