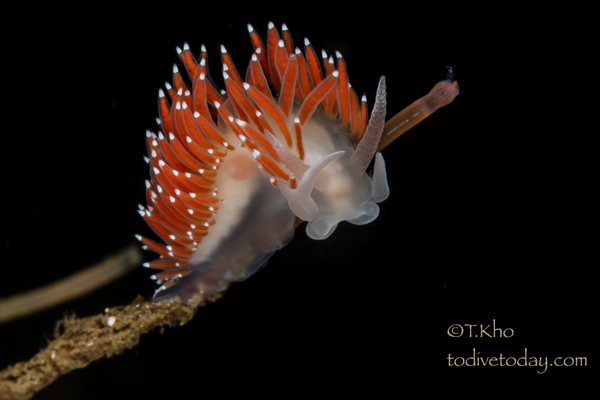 The Gulen Nudibranch Safari is a unique annual event run at Gulen Dive Resort, Norway. It combines science, photography and diving with, unsurprisingly, a focus on the nudibranch species that populate the reefs of Gulen. 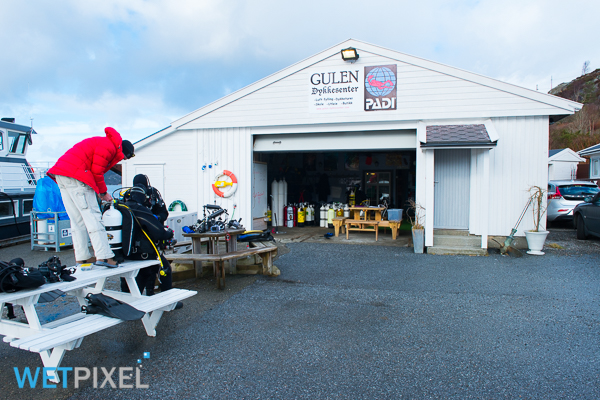 Now in its eight year, it attracts nudibranch enthusiasts from around the globe, with there being participants this year from Ecuador, UK, USA, Canada, Germany, Russia, Belgium, Holland and Norway. 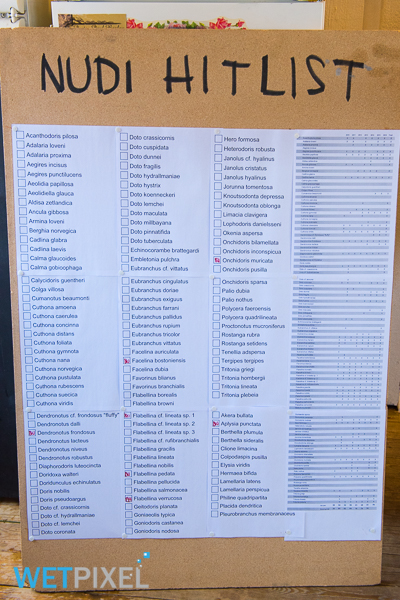 So far, the event has recorded and identified eighty two different nudibranch species, including a number of new ones, some new to the area and some completely new to science. Bear in mind that the official list of species in Norway is a total of 120, making the house reef at Gulen a unique epicentre of species biodiversity. 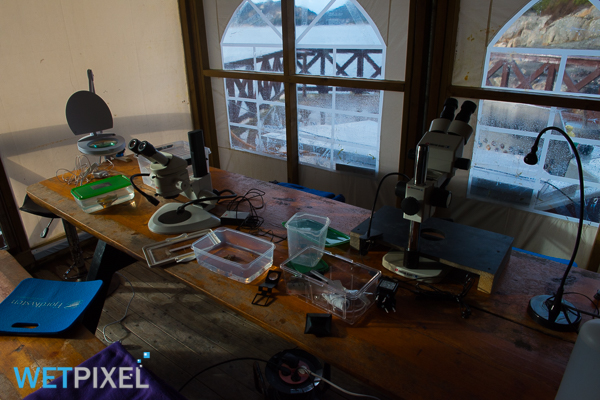 As mentioned, the event combines scientists with divers and photographers. It attracts some of the leading experts in nudibranch research with Bernard Picton, Dr. Alexander Martynov, Dr. Tatiana Korshunova and Dr. Torkild Bakken, attending this year. They present lectures about nudibranch biology and taxonomy throughout the program, as well as helping with species identification. The safari is a mixture of cutting edge science (DNA sequencing and taxonomic reclassification are being discussed), with “normal” divers and photographers venturing out to capture images of the species. 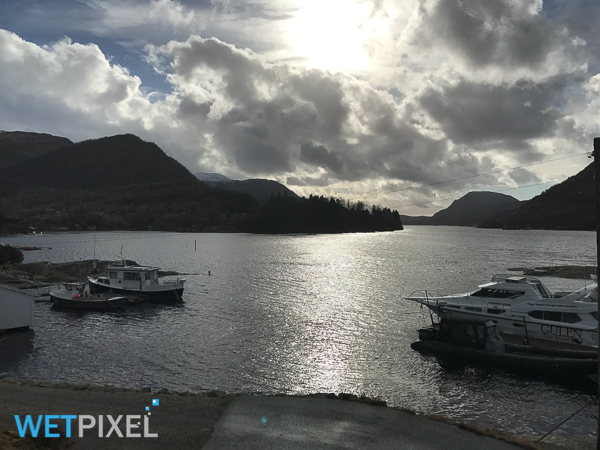 The dives are conducted on the resort’s house reef a mixture of kelp and rocky outcrops and as it is all shore diving, can be dived on pretty much regardless of weather conditions. The dive resort makes diving logistics very convenient. This makes the venue ideal, with easy, reliable diving and plentiful subjects.

There is a full program of events each day, with three scheduled dives and two official talks. As is often the way at events like this, there is also a lot of “unofficial” networking and discussion. 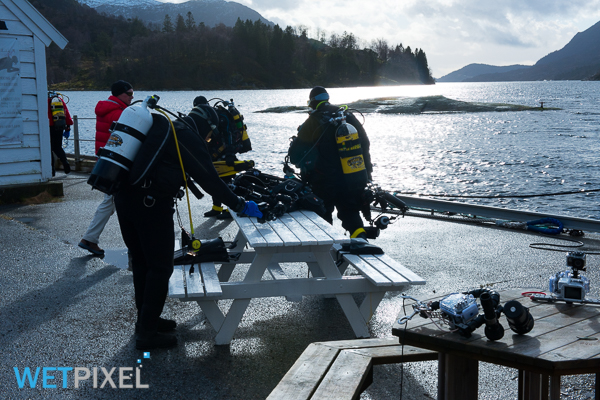 Thanks to a little snowfall causing havoc with UK airports and the airlines not delivering my dive bag, I arrived a little late for day 1.

There is a total of 18 participants attending this year. 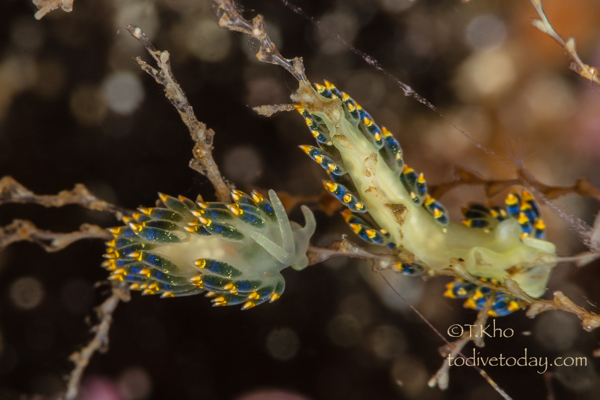 It kicked off with an orientation to the program’s events and then everyone went diving! Almost immediately, Timur Kholodenko found a Cuthona caerulea, which up until now had not been found at Gulen.

Event organiser Christian Skauge maintains a chart listing the nudibranch species as they are found by the participants. By the end of dive 1, 14 individual species had been added to it! 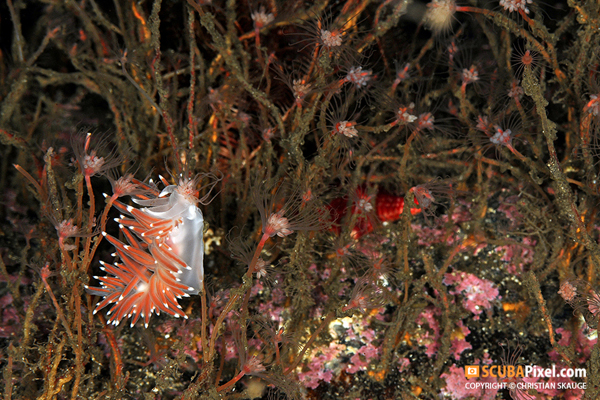 Bernard Picton presented a talk in the morning about “What is a nudibranch”. He outlined the new taxonomy, which divides nudibranchs into two classes, the dorids of Anthobranchia which have a brachial plume and the aeolids of Cladobranchia which have sets of protruding organs called cerata. 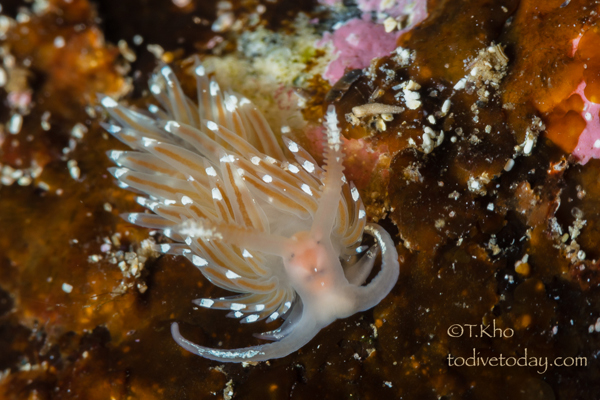 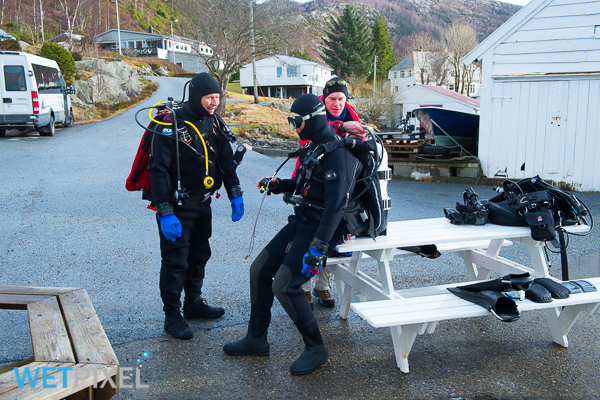 During the dive, Karin Fetcher for the U.S.A. found and photographed a specimen of Okenia aspersa that has only been sighted twice in Norway before, and never at Gulen! 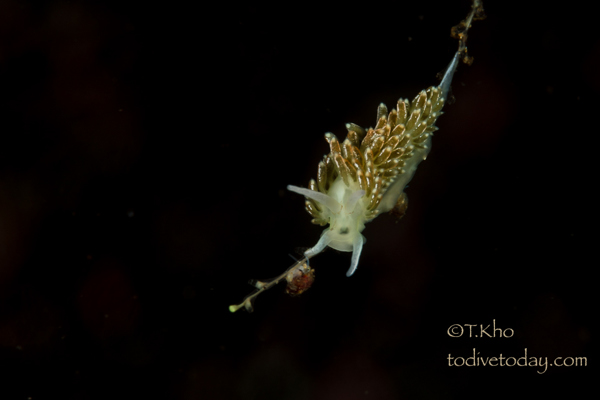 Organiser Christian Skauge then gave a talk outlining some ideas on making scientific imagery of nudibranchs creative. Cristian’s image library had lots of great examples of his approach. 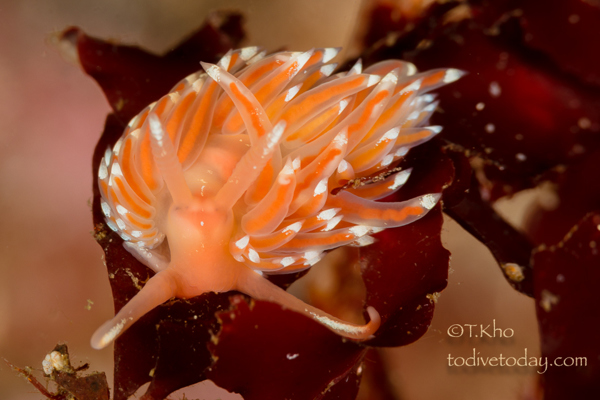 It is no surprise that after the three dives today 30 species of nudibranchs on the “hit list” have been recorded in one day. The record number of sightings in previous years has been 55 species, so it looks like the record may be broken this year. Please keep checking back here for updates!