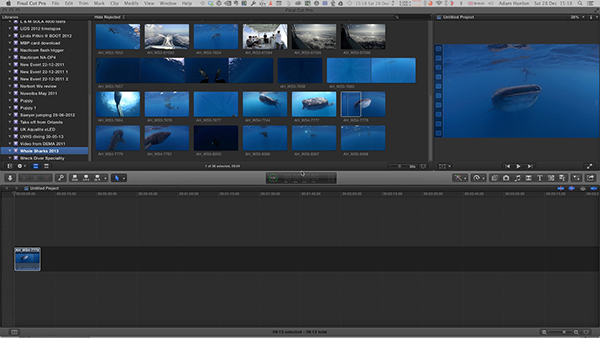 As announced and discussed on the Wetpixel forums, Apple released a long-awaited update to Final Cut Pro X (FCPX) just before Christmas. Version 10.1 is a free update for those that have already purchased the App, and is available via the App Store or via the Apple FCP support pages. It is also worth mentioning that Motion and Compressor were also updated to versions 5.1 and 4.1 respectively.

FCPX has provoked a great deal of debate since its original release, and the moniker “iMovie Pro” is perhaps a good way of looking at it. Certainly, 10.1 does not seem to have impressed the editing community significantly, although most agree that it is a step in the right direction.

Part of the rationale behind the upgrade seems to be in order to leverage the power of the new Mac Pro desktop computer that was also announced. Although there is no doubt that FCPX 10.1 will work very well with the new hardware, it is worth noting that other vendors software is not (yet) so optimized.

One critical issue for those upgrading to version 10.1 is to disable the App Nap function. Failure to do so will result in FCP not carrying out any background rendering. Full details on how to do so are below: 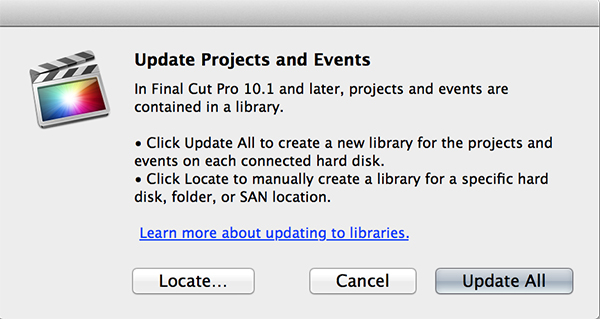 One of the key new features of the 10.1 update is the addition of Libraries. These act as containers for Events, which in turn contain footage, music, effects and projects. Ripple Training has published a series of primers on upgrading to and using 10.1 onto YouTube, and their episode about libraries is below:

The full list of updates and new features in FCP 10.1 is below:

For those who use Motion, that also got an update to 5.1 which included:

Compressor got a few additions as well: